I have put together the 10 best things about Indian culture.

Indian culture that makes India, The greatest country in the world

Hindu/Sanatana Dharma is the world’s oldest religion yet most futuristic one. It has a view from the most ancient history into eternity, it is boundless in space and time(Just like our Universe).

This is the only religion that is truly secular and incorruptible to its core (If you genuinely follow that). According to our Sanatan dharma, you can visit a mosque, church, or any other religion’s worship place without losing your Dharma.

Religions that are derived from Sanatan Dharma

2. Indian Vedas, Upanishads and Purana – The core of Indian culture

Our Vedas is an excellent source of knowledge, it has a solid scientific foundation behind everything that is written. world-renowned mathematician Ramanujam used to get visionary ideas for complex theorems from the knowledge of Vedas. Scientists from all over the world are studying Vedas as they know the treasure hidden in those great books.

There are 4 Vedas, 108 Upanishads, and 18 Purana in Indian culture (Hindu culture). These are ancient text literature written by Indian ancient sages. Upanishads are derivative work of Vedas

This philosophical reflection characterizes the essence of Hinduism in that the point of personal existence is to question it as one moves from the materialistic life toward self-realization and union with the Divine power.

Name of Purana according to Indian Hindu culture

This is the book that has the solution to every problem in the world. Its preachings are so real, relevant, and Timeless. It can apply to everyone in every situation from any time and geography.

Spiritualism that is taught and preached in India is something that has fascinated people from all over the world.

Great futuristic innovator Bill gates spent some time in India before he started Apple. He came to India to find peace and find himself that helped him in conquering the world as we all know that. Hollywood made a movie, Eat Pray Love starring Julia Roberts that depicts this very concept.

The same goes for Yoga, people from all over the world started practicing Yoga for better physical and mental health. Yoga can help to manage so many incurable diseases. It really helps to manage this modern-day Problem, the so-called Elevated stress level that is a side effect of people living a fast track life chasing materialistic life.

6. The Namaste – Way of greeting in Indian culture

Namaste is one of the most popular Indian customs to greet when meeting someone. It isn’t just restricted to the Indian territory anymore as we have people like Barack Obama, who has been seen doing it on various occasions. During the Covid pandemic, the whole world started following that. All world leaders encouraged their people to follow Namstey to greet when they meet someone.

Indian Prime minister, Narendra Modi had made it popular during his recent international travels. Namaste translates to ‘I bow to you’, and greeting one another with it is a way of saying ‘May our minds meet’, indicated by the folded palms placed before the chest.

It’s a shame that our modern Indian feel shame to accept and appreciate this world-famous cultural heritage while the whole world has always appreciated it. Who does not know, it’s an Indian book of sex written by Vatsyayana Mallanaga

The beautiful ancient temples, sculptrous and its architectures are the best in the world . You see some old temples and wonder how people of ancient times created such beautiful and structurally sound temples.

South Indian style temples are also important for its pillar based structures.

The Ajanta and Ellora Caves, both UNESCO World Heritage sites, are among the largest rock-cut monastery-temple cave complexes in the world

Sense of Vasudhaiva Kutumbakam, meaning ‘” The world is one family”. we take everyone with an open and welcoming heart.  it is considered the most important moral value in Indian society. This verse of Maha Upanishad is engraved in the entrance hall of the parliament of India

Atithi Devo Bhava. In India, we are taught to treat guests the same as god. This has been in our cultural and religious core. Its been done since the ancient time of kings

It is probably safe to say that Indians have lived, breathed, and practiced a very genuine sense of tourism long before the term itself was coined and the practice became commercialized.

Unity in diversity is at the core of our country. India is known for its diversity where people from different languages, cultures, and ethnicity live together in harmony.

Although political leaders always try to manufacture artificial differences for their selfish gain but deep down we all know that we are one.

India is a country of festivals, we have festivals throughout the year. In India, we have more than 30 major festivals and multiple small festivals. Higher count of festivals is due to great Indian diversity where we have different festivals according to state and religion

The most famous Hindu festivals are Durga Puja, Diwali, Dussehra, Makar Sakranti, Pongal, Basant Panchami. Holi is celebrated mostly in north India, Durga puja is celebrated in most part of India while West Bengal is known for its best Durga puja celebration

List of top Indian festivals of all religion and region

Dance is an ancient and celebrated cultural tradition in India. Classical and Folk dances swarm all across the country, and huge crowds of people can be found dancing at festivals and weddings. The Indian dance style, both classical and folk dances displays Indian diversity. In India we have 8 classical dance styles and multiple folk dance forms.

Most of the classical dance forms originated in temples as a form of Worshiping god. Although every dance form evolved from different regions, their roots are the same. The roots can be traced from the Sanskrit text – ‘Natya Shastra’. The first compilation of Natya Shastra is dated between 200BCE and 200CE.

Its origins date back to sacred Vedic scriptures over 6,000 years ago where chants developed a system of musical notes and rhythmic cycles. In this way, Indian classical music is very closely connected to nature, taking inspiration from natural phenomena including the seasons and times of the day to create ‘ragas’ or musical moods and many time cycles or ‘taals’ that have been further codified.

Almost every region in India has its own folk music, which reflects its way of life and culture. From the peppy bhangra of Punjab to Garba of Gujarat to Bhavageete of Karnataka, the tradition of folk music in India is indeed great. Folk music is closely associated with farming and other such professions and evolved to alleviate the hardship and break the monotony of routine life. Even though folk music lost its popularity with the advent of contemporary music like pop and rap, but no traditional festival or celebration is complete without folk music.

How many languages are there in India

The Eighth Schedule of the Constitution consists of the following 22 languages. In India we have 22 major languages and 1599 other languages.

How many dance forms are there in Indian culture

The 2 major dance forms in India are classical and folk dance. There are 8 classical dances and hundreds of folk dances spread throughout the states.

How many caste are in India

How many Vedas are there in Hindu culture

How many Upanishads are there in Hindu culture

There are 108 Upanishads are known.

Who wrote Vedas, Upanishads and Purana

Vyasa, the sage who, according to tradition, composed the Upanishads. A group of ancient sage wrote Vedas but there are no evidence available that can suggest the name of sages who wrote vedas

How many Purana are there in Hindu culture

There are 18 Purana in Indian culture 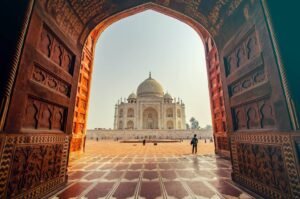