The wildlife sanctuary of Panna, Panna national park is India’s 22nd Tiger Reserve. Situated between Panna and Chatarpur Districts of M.P, this beautiful national park is very close to the Indian heritage site Khajuraho. A jungle safari in this Panna sanctuary is a wonderful experience where you travel in an open Jeep through the dense forest and beautiful canyons while witnessing wild animals getting through their normal day, doing their own things.

Panna national park is primarily famous for its tiger but it has also got around 8 varieties of exotic creatures such as leopard. The national park is not only a wildlife enthusiast’s dream, but it also possesses natural beauty. Beautiful gorges and captivating waterfalls
are a visual feast. Boating on the Ken River adds to the enjoyment of your trip.

If you are planning to take a trip to Panna national park then you should read this blog till the end.

Panna National Park used to be a private hunting preserve for the rulers of the states of Panna, Chhatarpur, and Bijawar. The national park, together with the Gangau reserve, was established as a wildlife sanctuary in 1981. Panna National Park is India’s 22nd Tiger Reserve and the fifth in the state of Madhya Pradesh in central India. It was upgraded to a Tiger Reserve in 1994, with the inclusion of some other wilderness areas, such as the Ken Gharia nature preserve. The Pandavas spent a lengthy time in exile in the Panna jungles, according to the Mahabharata.

Tigers, along with other animals such as the leopard (Panthera pardus), wild dog (Cuon alpinus), wolf (Canis lupus), hyaena, caracal (Felus caracal), and other smaller cats, graze freely here. Sloth bears can be found in the calm valleys and rocky escarpments. Sambar, the largest of the Indian deer, chital, and charsingha abound in the wooded areas. Nilgai and chinkara can be found in wide areas of grasslands, especially on the outskirts.

Avifauna: There are around 200 species of birds in the avifauna, including many migratory birds. White-necked stork, bareheaded goose, honey Buzzard, King vulture, Blossom-headed parakeet, and Paradise flycatcher are some of the birds you might see here.

Snakes: A wide range of snakes, including pythons, can be found here.

The Panna national park’s jeep safari is a fantastic experience. You’ll see a range of unique creatures and plants as you drive through uneven terrains and thick rain forest. There are two jungle safari choices: one in the morning and one in the evening. A total of 63 jeeps are allowed to enter the park at any particular time, with a maximum of seven tourists in each vehicle. You can also choose to boat on the Ken River while on a safari to have a closer look at aquatic species.

The best time to go to Panna National Park?

The best time to visit Panna National Park would be between November and April when the climate is pleasant. In long winters, the average temperature is between 8 to 30 degrees Celsius. The chances of seeing animals are very good in March and April. Summers are blisteringly hot, with average temperatures up to 45 degrees Celsius. Monsoons are also not advised for visiting the national park because heavy rains are common, and jungle safaris are not accessible.

How To Reach Panna National Park 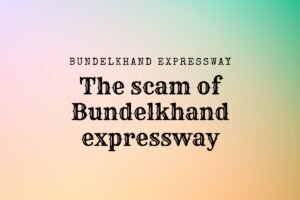 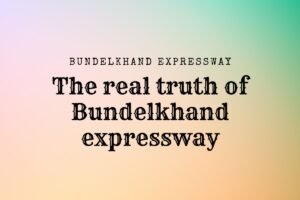