Bundelkhand is a region located in central India, which includes parts of the states of Uttar Pradesh and Madhya Pradesh. The region is known for its rich history, culture, and architecture.

In this blog, we will explore the political and cultural history of Bundelkhand, and how it has shaped the region into what it is today.

The earliest known inhabitants of Bundelkhand were the Vindhyas, who were known for their skill in metalworking. The region was later conquered by the Mauryas, who established a strong empire in central India. The Mauryas were followed by the Guptas, who were known for their patronage of art and architecture. During this period, many temples and monuments were built in Bundelkhand, which are still visited by tourists today. The most notable examples of this period are the Khajuraho temples and the Buddhist stupas at Sanchi, which are UNESCO World Heritage Sites. These temples and stupas showcase the high level of architectural and artistic skill present in the region during this time.

The Chandela dynasty was a Rajput dynasty that ruled over the region of Bundelkhand in central India from the 9th to the 12th century. The dynasty was founded by a Rajput chief named Dhanga, who established his kingdom in the city of Khajuraho.

During the reign of the Chandelas, the region saw significant cultural and architectural development. The Chandelas were known for their patronage of art and architecture, and they built many temples and monuments in Bundelkhand. The most famous of these is the group of temples at Khajuraho, which are a UNESCO World Heritage Site and are known for their intricate carvings and sculptures.

The Chandelas also left a significant cultural legacy in the form of literature, music and dance. The region is known for its traditional folk songs and dances, which are still performed today. The Chandelas also patronized literature and many famous poets and writers lived and wrote during their reign.

The Chandela dynasty reached its peak during the reign of Raja Yasovarman, who built many temples and monuments. However, the kingdom began to decline in the 12th century and was eventually conquered by the Delhi Sultanate.

In conclusion, the Chandela dynasty played a significant role in the political and cultural history of Bundelkhand. The dynasty’s patronage of art and architecture, as well as its contributions to literature, music and dance have left a lasting legacy on the region’s culture and heritage. The temples at Khajuraho are still considered one of the most important examples of medieval Indian architecture and are a testament to the achievements of the Chandelas.

The Bundela dynasty was a Rajput dynasty that ruled over the region of Bundelkhand in central India from the 16th century to the 18th century. The dynasty was founded by Rudra Pratap Singh, who established his kingdom in the city of Orchha in the early 16th century.

The Bundela dynasty saw the reign of several notable rulers, such as Raja Rudra Pratap Singh, Raja Madhukar Shah, and Raja Vikramaditya Singh. These rulers were known for their military prowess, administrative acumen and cultural patronage.

The Bundela dynasty reached its peak during the reign of Raja Vir Singh Deo, who expanded the kingdom and built many forts, palaces, and temples. However, the kingdom began to decline in the 18th century, and it was eventually annexed by the British East India Company in 1818.

In conclusion, the Bundela dynasty played a significant role in the political and cultural history of Bundelkhand. The dynasty’s patronage of art and architecture, as well as its contributions to literature, music and dance have left a lasting legacy on the region’s culture and heritage.

Bundelkhand came under British rule in the early 19th century. The British made significant administrative and economic changes in the region, which had a lasting impact on its development.

One of the major changes brought about by the British was the introduction of a new revenue system, which aimed to increase the British government’s revenue from the region. This led to an increase in the land revenue, which resulted in the displacement of many farmers and small landholders. This also led to the concentration of land ownership in the hands of a few wealthy landowners, which further exacerbated the economic plight of the poor farmers.

The British also introduced a new system of land tenure, which aimed to encourage the cultivation of cash crops such as cotton and opium. This led to a shift away from traditional crops and farming practices, which had a negative impact on the livelihoods of the farmers.

The British also built many schools and colleges in the region, which helped to spread education among the people. However, the education system was primarily focused on providing education to the upper classes and the British officials, which further widened the gap between the rich and the poor.

The British also introduced the railway system in Bundelkhand, which improved transportation and communication in the region. This led to the growth of towns and cities, and also helped to spur economic development. However, the benefits of the railway system were primarily concentrated in the urban areas, which further widened the gap between the urban and rural areas.

In conclusion, while the British rule brought some positive changes to Bundelkhand, such as improved transportation and education, it also brought negative impacts such as displacement of farmers, concentration of land ownership, and economic disparities between the urban and rural areas.

After India gained independence in 1947, Bundelkhand continued to face a number of challenges. The region has been facing issues such as water scarcity, low agricultural productivity, and lack of industrial development, leading to high unemployment rates.

One of the major challenges faced by Bundelkhand is water scarcity. The region is prone to droughts, and the lack of proper irrigation systems has led to low agricultural productivity. The region also faces a lack of drinking water, which has a negative impact on the health and livelihoods of the people.

Another challenge faced by Bundelkhand is the lack of industrial development. The region has a low level of industrialization, which has led to high unemployment rates. This has resulted in a large-scale migration of people in search of better livelihood opportunities.

Poverty is another major issue faced by Bundelkhand. The region has a high poverty rate, which is a result of the lack of economic opportunities and the concentration of land ownership. The region also lacks basic infrastructure such as roads, electricity, and healthcare, which further exacerbates the poverty situation.

The region has also seen a number of social and political movements in the past few decades, demanding greater autonomy and development. The people of Bundelkhand have been demanding more investments in the region, better infrastructure, and better representation in the government.

In the late 20th century, a movement for the creation of a separate state of Bundelkhand gained momentum. The movement was led by political leaders and social activists, who argued that the region was being neglected by the state government. They argued that Bundelkhand, which had a distinct cultural identity, would be better served if it had its own government. The movement received widespread support from the people of Bundelkhand, who felt that their region was being ignored by the state government.

The movement for a separate state of Bundelkhand was driven by the longstanding grievances of the people of the region, who felt that they were not getting their fair share of resources and development. They pointed to the fact that the region had been facing a number of problems such as droughts, poverty, and underdevelopment, which had not been addressed by the state government.

Despite the support and momentum of the movement, it failed to achieve its goal of creating a separate state. The Indian government decided not to grant statehood to Bundelkhand, citing financial and administrative difficulties. The leaders of the movement were disappointed, but they vowed to continue fighting for the rights and development of the region.

In recent years, the government has taken steps to address some of the issues faced by Bundelkhand, such as providing assistance for drought relief and implementing schemes for the development of the region. However, the demand for a separate state of Bundelkhand continues to be raised by certain groups and leaders, who argue that the region needs its own government to truly address its unique challenges and needs. 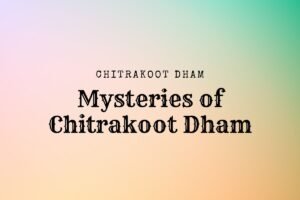 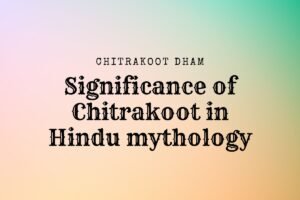 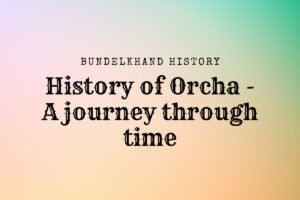